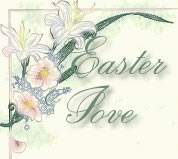 Jesus knew that the time had come for him to leave this world and go to the Father. Having loved his own who were in the world, he now showed them the full extent of his love. John 13:1

The time was the Jewish feast of Passover, but the Hebrew calendar does not correspond with the Gregorian dates we are accustomed to. I was interested in the comparison, and so I Googled  ‘Jewish calendar’ – getting 3,100,000 results! I found that the Gregorian calendar we now adhere to is an adaptation of the Roman or Julian calendar, established by Julius Caesar in 46 BC.  Out of all the information I read, this much seems important at the moment—the Hebrew calendar begins at Passover! “The Lord said to Moses and Aaron in Egypt, ‘This month is to be for you the first month, the first month of your year.  Tell the whole community of Israel that on the tenth day of this month each man is to take a lamb…’” Exodus 12:1 28

The Jewish people  have celebrated the Passover for thousand of years. Historians place the exodus from Egypt somewhere between 1445 B.C. and 1260 B.C.  Either way, thousands of years ago. Yet even today, most of the Jewish community still awaits the arrival of Messiah (the incarnation of God’s Passover Lamb)!

Someday I may take the time to work out the differences and similarities in the various dating systems, but not today. There isn’t time. It’s not important!

The feast of Unleavened Bread was to begin within hours. Chaos continued throughout the city.The religious leaders rested comfortably in the assurance they had purchased His capture and could proceed with their plans to kill this ‘lunatic’ prophet who was disrupting their religious traditions and making them so terribly uncomfortable.  These learned and wise men, teachers of the law, priests and leaders, had no idea they were simply following along on God’s timetable.  Paul wrote to the church at Corinth, “None of the rulers of this age understood…for if they had, they would not have crucified the Lord of Glory.” 1 Corinthians 2:8

The Apostle Matthew, also called Levi, a former tax-gatherer, writes briefly, and with what seems to be the analytical mind of an accountant, of the ‘last supper’. Apparently the thing that stood out during that evening for him was the Lord’s announcement that one of them was a traitor.  He says, “and they (not I – they) were very sorrowful and began to say to him one after another, ‘Is it I, Lord?’”  Then this former financier gives his version of Christ’s amazing statements: “This is my body. This is my blood….” Matthew 26:17-35

I wonder as I read Matthew the tax-gatherer’s rather cold, factual account of this great miracle – did he get it?  As a Jewish author, writing for Jewish readers, and writing some 30 or 40 years after the death of Christ…I’d guess,  not really. Not totally.

I found a similar account of Thursday night in the gospel of Mark.  John Mark, who was not one of the Twelve, but traveled with Paul during the first missionary journey writes with the authority of an eyewitness.  Many scholars believe he was simply recording the teachings of Simon Peter, gathered first-hand over time and as they traveled together to Rome, years after the resurrection. Acts 12:12-13 & 1 Peter 5:13.  I personally wonder if Mark wrote his account of the ‘last supper’ based on other historical documents? Maybe.  Right up to the point where Jesus foretold Peter’s reaction to the events to come, that is.   At that point the narrative becomes personal!  In my imagination I think I can hear the profound regret over Peter’s denial and betrayal of his Lord in the writing.  Even transcribing the story, Mark portrayed the old man’s grief as he spoke of it. Mark 14:12-73

Again, the question comes to my mind. Did he get it? Did this writer understand the enormous significance of Jesus ratification of a “new Covenant”?  Paul certainly did, but then Paul had a face to face with Jesus, after the resurrection.  That would tend to open anyone’s eyes! Acts 9:1-31

Luke’s gospel contains an equally straightforward record of Thursday night; the last supper.  The body – broken for them. The blood – poured out for a new covenant.  Luke, beloved physician, was writing an orderly history of the life of Christ and the origin of the church for someone named Theophilius (see Acts 1:1) possibly a non-Christian official, but definitely a person of high position and wealth.

Did Luke get it?  Hard to say, but with his second book covering the arrival of the comforter and counselor, the Holy Spirit, I’m thinking he understood better than the average historian.

John?  Now John got it!  He speaks of ‘the disciple whom Jesus loved’.  He carefully and lovingly records the words of his Lord on that final night with an insight only Love could inspire.  He writes of Jesus troubled spirit. He writes of their teacher and Lord performing the very intimate act that was to bind them to him forever in love – the washing of their feet. John writes of the promises Jesus made to them as he reassured them concerning tomorrow.

I believe it is here, in the prayers for his disciples and for his church – “for those who believe in me through your word” – that we find the deepest meaning of the Lord’s last supper.  He said, “I pray that they may all be one; even as you and I, Father, are one. That they may be in us, so that the world may believe that you sent me.  I gave them your glory Father. I am in them. (this is my blood, drink all of it).  I made known to them your name Father. and I will make it known, that the love with which you have loved me may be in them, and I in them.” John 17:20-36

Then Jesus went out across the Kidron valley, to a garden where he had been spending his nights in prayer.  Luke 21:37

We are told, while his faithful followers slept,  he prayed that amazing prayer every true believer aspires to “nevertheless…not my will, but yours, be done.”

Judas knew about this favorite place, too. It was here that Jesus told a band of Roman soldiers and Jewish officials with lanterns and torches and weapons, “I am He.” In the original language, simply “I AM.”

Now get this. It’s important!  When He spoke those words the whole lot of them, priests, soldiers, followers, and hangers-on, “drew back and fell to the ground.”

Peter, brave, rambunctious Peter, drew his sword and lopped off the the right ear of the high priest’s slave.  I wonder if Christ, always patient and understanding, stopped the whole process long enough to put the ear back in place?  I think it would have been just like him to do that.  Luke says he did!  Luke 22:51

Matthew, he was there remember, with his cool analytical memory, records Jesus saying, “Do you think that I cannot appeal to my Father, and he will at once send me more than twelve legions of angels? But how then should the scriptures be fulfilled?” Matthew 26:47-56

Do what you came to do.

Arrested. Accused. Hauled before the Jewish High Priest. Spat on. Struck in the face. Denied by one of his best friends – not once, but three times. And thrown into a rat infested prison cell to await the day that was to change the world.

And all for love!